Chinese smartphone maker; Gionee, recently launched its all new handset P7 Max, priced at INR 13,999.  But is it worth the price tag? Let’s find out!

Design
Could Gionee have done more to it? We would like to think so! Not that this one is an ugly boy, but the phones released earlier by the brands have set the benchmark higher and may be comparatively this one is a tad less exciting- look wise.

A bit on the bulkier side, the phone has edgy curves that make it easy to hold and compensate for that weight part. It boasts of a 5.5-inch HD display with 720×1280 pixel resolution.

The power button and the volume rocker are placed on the right hand side, which is quite usual these days, with the charging port at the bottom. The 3.5mm audio jack is at the top and surprisingly the pixel density of 267ppi looks good when viewing from different angles. Colour reproduction on the phone is actually pretty decent and P7 Max can be used easily for watching movies and playing games, when you are on the more. 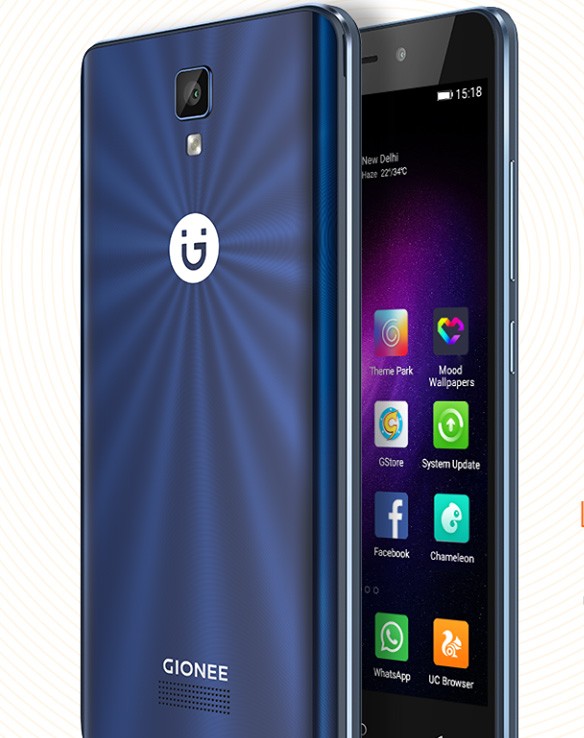 Camera
The selfie-camera is a 5MP unit, while the rear camera is of 13MP, again a standard norm in budhet smartphones these days. The image quality is good and can match that of Oppo Selfie F1s and other simialr phones in this price range. There are multiple shooting modes to get enhanced picture quality with a GIF mode that can be used to create cool GIF images.

Hardware
Gionee P7 Max is powered by an octa-core MediaTek SoC paired with 3GB of RAM. It comes packed with Android 6.0 Marshmallow with Gionee’s Amigo UI skin baked on top. There’s also 32GB of internal storage, expandable further via micro SD cards. The phone is equipped enough to handle multiple apps running at the same time and heats only as high as other competitors.

It has a 3,100mAh battery, which should last you a day under normal usage. An interesting app pre-installed on the P7 Max is Chameleon. It allows users to pick any colour from an object by scanning it with the camera and then make a theme based on that colour.

Final Verdict
A decent buy yes, but is it the only option- No! There are other good options that you can pick and choose from if you wish to have a phone in and around INR 15,000.

Let us know which one do you own and what is your feedback about the same in the comment box below. Also, feel free to rate this phone using our rate-meter and express your opinion on this one!

Top 5 Gadgets To Gift Him This Valentines Day
PVR Launches Asia's First Virtual Reality Lounge
New Instagram Updates. Like It or Hate It?

Kickboxing Fitness Tips And Its Benefits

We join a gym, go daily without fail, workout rigorously, give up on our social life to have that ripped body and also turn a
read more