An Exclusive Chat With Karen David I could feel my romantic side oozing out, the moment I saw Karen David in a rough till bottom, but a sensual role (that of Layla) in the Hollywood flick – The Scorpion King – 2. But that was then, and the star seemed too far to reach and embrace! 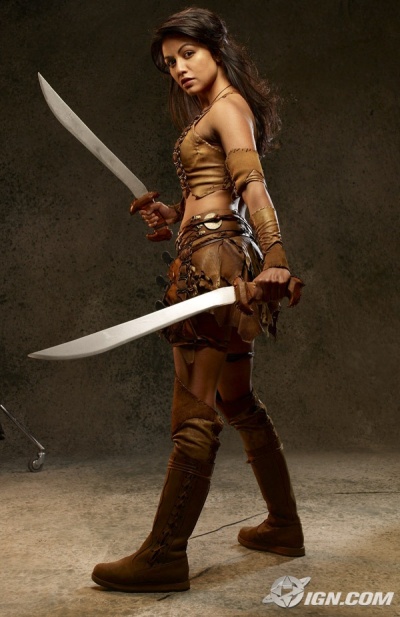 But come 2012 and when a chance came to talk to this versatile lady (she can act, designs clothes, sings/writes amazing songs) I could just say one word to the Greek Gods – THANK YOU!

Born in India, but now a world citizen, Karen talked at length with StyleRug, giving the insight of her life and what future holds for her.

Here are the excerpts…

SR- Take us through your Indian roots for the starters of our readers.
KD- I was born near the foothills of the Himalayas. A place called, Shillong, otherwise known as ‘The Scotland of the East.’ My mother was born there and is part of the Khasi tribe and my father is from the South in Chennai, but was later brought up in Calcutta. We moved to Canada when I was still a baby, but I have gone back to India quite a few times when I was working with AR Rahman on a few projects. IT’s always so wonderful to go back and visit your roots again. 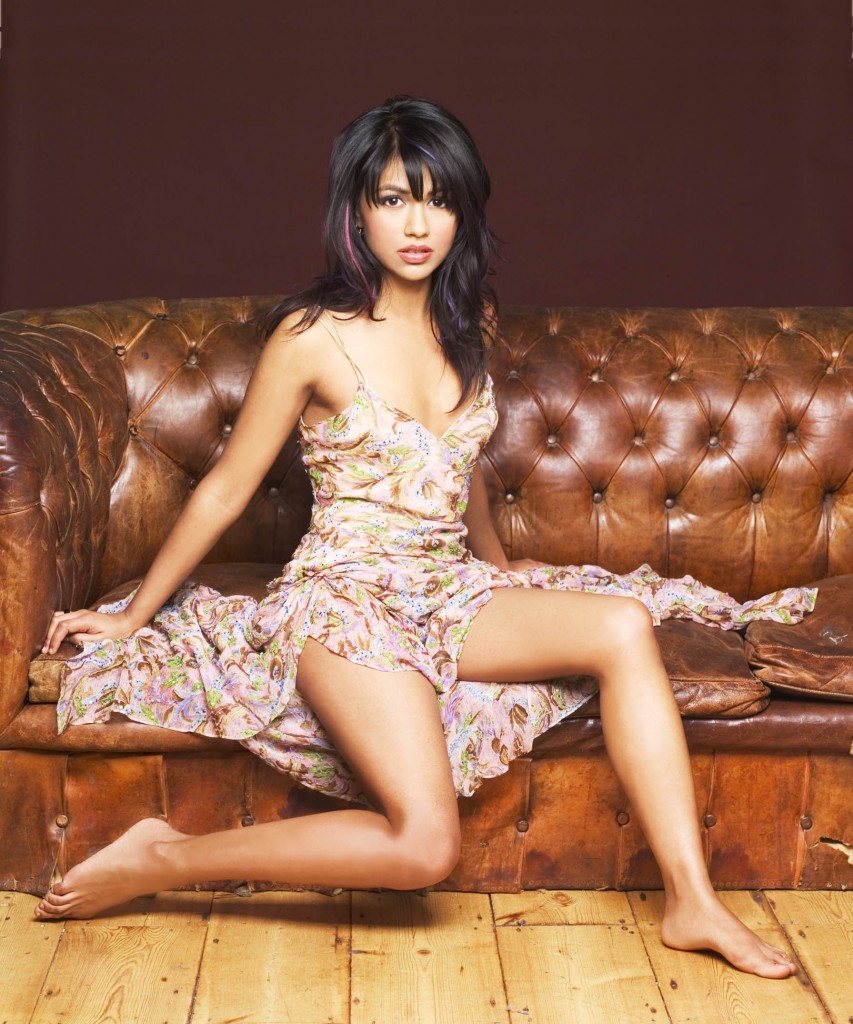 SR- You won a scholarship at 17, to Berklee College of Music in Boston, before you took up acting. How did that transition happen?
KD: I started acting and singing, when I was 4 years old and actually started acting when I was about 7 years old. So no transitions happened. I knew from a very young age that I wanted to sing, write songs and also act in TV and film or on the stage. When you get bitten by the ‘calling’, especially as a kid, there is nothing to stop you. As a child, you see all the possibilities and no obstacles. That was me and in a lot ways, still me Lol.

SR- Take us through your first audition as a singer-actor (if you had to give any) and the experience attached with it.
KD- My first casting was for a commercial when I was 6 years old. I had so much fun with it, and was just in the moment, and I ended up landing the role. But I think I’d rather talk about my first rejection! Now that was pretty rough (laughs). The first one always hurts the most. I was 14 years old and thought I had wanted to do musical theatre at the time. I had a combined total of 19 castings and callbacks for Miss Saigon when it was in Toronto.

I never got the part which was so frustrating after all those meetings and coming so close, and I was so upset I locked myself up for 3 days in my room. But I did get over it, and it made me stronger, and more determined to keep at it, never giving up hope and made me want to practice and work harder. Rejection is a good thing. You never take anything for granted and appreciate when the triumphs happen. It’s all part of the journey. Every actor or pop star will tell you how many times they have been rejected. 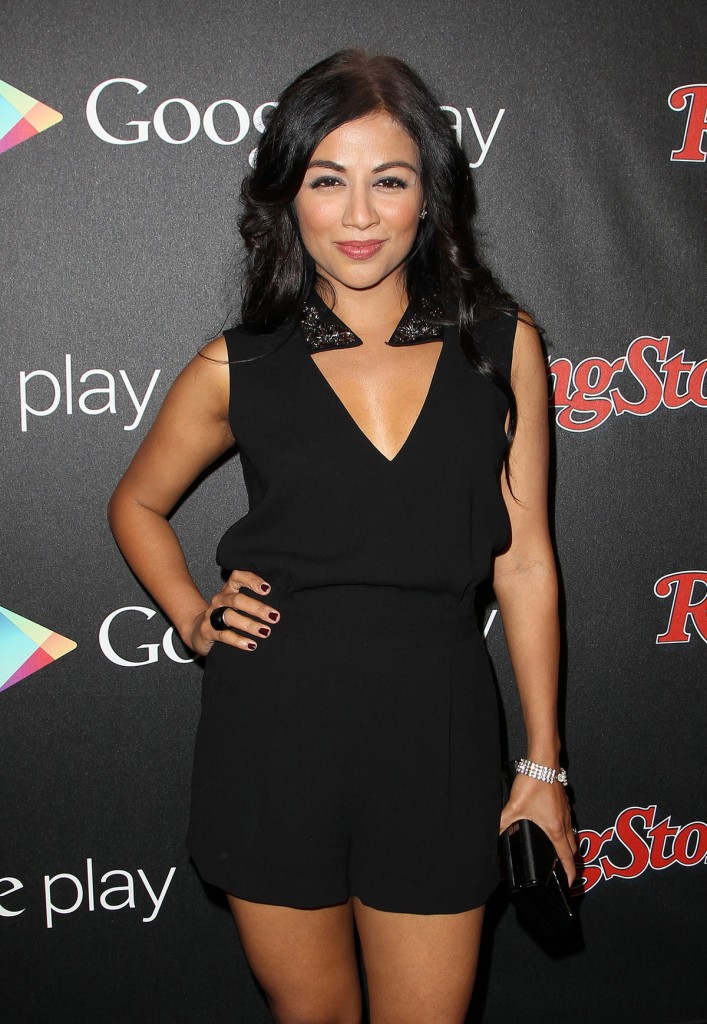 SR- How big was ‘Waterloo Road’ in your career? They say you looked completely true to your Spanish teacher’s role and played it to perfection.
KD- Wowsers, whoever said that is very kind. 🙂 I had done a few other shows and films before Waterloo Road, but without a doubt, the show really put me on the map in the UK – it surely was a great platform. Playing Cesca was a wonderful experience and I was so lucky to have been given a huge roller coaster of a storyline, full of range and dynamics which as an actor, you get so excited about because it’s the time of role you can really sink your teeth into and have fun with. I loved the fact that I got to play a Spanish teacher, a role completely different for me. It was a great challenge and I enjoyed every minute of it.

SR- Let me confess, I completely fell in love with you, with your role (Layla) in the ‘Scorpion King 2: Rise of a Warrior. How tough was it to prepare for such a daunting and thrilling role?
KD- Haha. Why thank you. 🙂 I had so much fun, playing Layla. SK2 was probably one of the most wonderful experiences I’ve had in my career. Filming in Cape Town was such an amazing adventure. This role was definitely the most physically demanding role I’ve ever played. I had to train a lot with my stunt trainers and sword fighting masters before and during filming. My body was so exhausted by the time we finished filming. It was wrecked! But all the bruises and sore aches and pains were totally worth it. Being able to film in such exotic locations with a character that I totally endeared to, was such a thrill!

SR- Do you like action stuff or romance works out better on screen for you?
KD- As an actor, you want a diverse career. I am all about range and constantly up for the challenge of testing myself. Sometimes you have to throw yourself in the deep end, and trust that you won’t sink! I’ve been really lucky to have been cast in dramas, comedies, adventure/sci-fi and rom-coms too. It’s far more interesting to do different genres.

SR- Coming to the music side of your life, you have worked with some leading composers, including AR Rahman from India. How different are they all from each other?
KD- Each composer or musician have their own uniqueness to them, and work in their own creative way that works for them. I love collaborating with different songwriters and producers, as they bring so much talent and ideas to the table. Working with Rahman is always an inspiring experience! He is incredibly talented and always thinks outside the box, which leads to a result that is special and different! 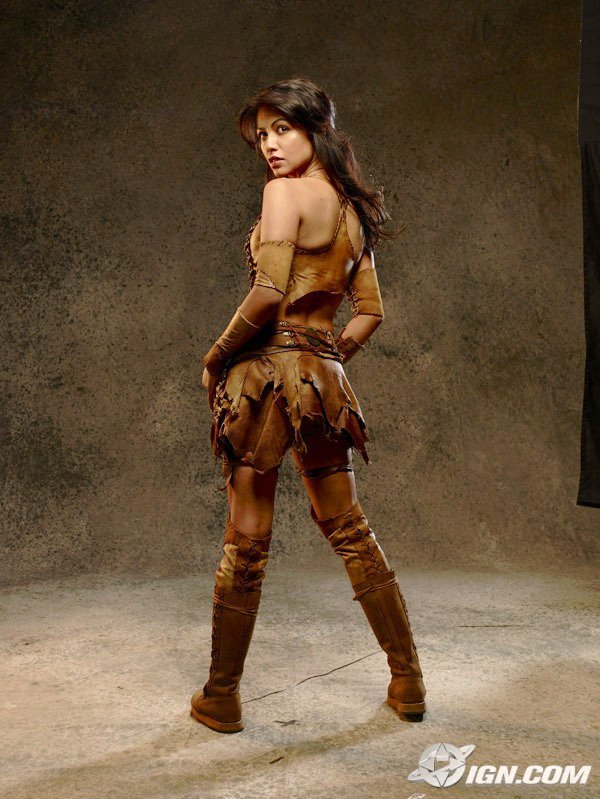 SR- And who do you think you get on best with?
KD- Hahaha. I’d like to think I get on with everyone! When creating music, and collaborating with others, you have to be a team player and communicate clearly and comfortably with each other, guiding each other with what you like and don’t like.

SR- How do you go about writing your songs? What inspires the words to come out?
KD- A lot of the time, it’s the mood I’m in, or what my mind may be thinking that day, or if something happened in my life that inspired me to write about it. I love working organically with a producer…and often it could be a drum pattern, or guitar riff that’ll spark off words…as if the music is speaking to me. I go with the flow and always keep the mind open, because you just never know where inspiration hits you. I always keep a pad of paper near me and a Dictaphone. Sometimes I’ll get an idea when I’m on the train or when I’m taking a bath, so having paper and pen ready helps! 🙂

SR- What brands do you follow in International Fashion and what’s your style quotient?
KD- How long have we got? There are so many designers who I adore. For me, it’s all about the cut. I heart Vivienne Westwood for this very reason. I’m also a big fan of Alexander McQueen (God rest his soul), Roland Mouret, Temperley, and Marchesa are some of my top designer faves. I am also inspired by the graduates of places like Central St.Martin – it’s great to follow them right from when they start out. On the high street, I love TopShop, Reiss, and up and coming brands like Dahlia and Mina. I could go on…but then this interview would never end! lol

SR- Being a versatile personality that you are, do you plan to take your fashion sense commercially beyond to what you did in London Fashion Week (though it was for charity)?
KD- Well funny you mention that, as I have expanded on my branding, and have started up a new venture called, ‘The Queen’s Trunk’, where I bring unique British fashion to North America and in the near future, the rest of Europe. I have a team of stylists who I work with and we pick out special outfits that are different and unique and most of the time in very limited numbers to women who love British fashion. We style them and find the perfect outfit which expresses their individuality. It’s been a huge success and we have started in Toronto and now expanding to LA next. We also have a high end designer range from our celebrity stock which we sell on behalf of top celebrities, which they in turn give a portion to charity.

SR- I have to ask you this – any plans to try out your hands in Indian Cinema?
KD- That is something I am always open to, and when the right opportunity presents itself then I’d love to! It would be a wonderful adventure!

Makeup for you is – Creative and empowering
Clothes that you love – Are anything with color and different, whatever reflects my personality best!
Your cologne collection – Is Jo Malone at the moment
First prized possession – My beloved Marc Jacobs crochet heels
Favourite Cuisine – This is tough as I like all kinds of food! But I will say Indian and Chinese!
Idea of a perfect man – Has a great sense of humor, has a big heart and is determined.
Best date that you have been on so far/idea of a romantic date – Haha. Well that’s a tough one to say as I have been lucky to have some great dates in my past. I love picnics in Hyde Park, London, to Griffith Park in L.A, or having dinner at a quaint restaurant high up on the Tuscan hills in Tuscany, Italy…

An Experience Brought Back From Macau

I Wish I Could Roam Around Naked – Tiger Shroff