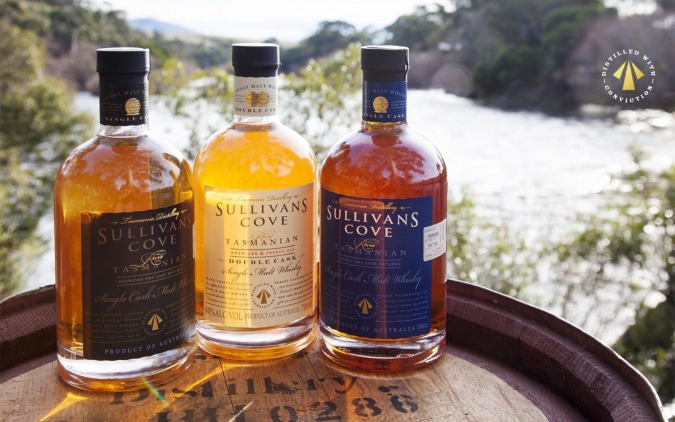 Tasmania Distillery was established in 1994 on the banks of the River Derwent at Sullivans Cove, the site where the British planted their flag and began to build the settlement that became the City of Hobart.

The distillery named the whisky it produced ‘Sullivans Cove’ to acknowledge the history of the site and the place it was distilled. The first distillations commenced in 1995. 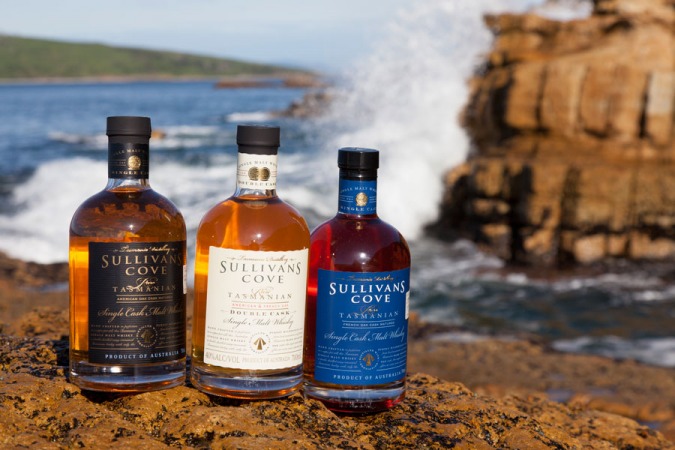 Each bottle of whisky is drawn from a single or a limited number of casks in the case of the double cask. As each cask offers a unique flavour and colour characteristic you can expect to find variances from one bottling to the next. The Sullivans Cove Single Malt is selected from only the best barrels and each bottle is filled and labelled by hand. No chill filtering, colours or flavours are used.

While most whiskys can spend decades maturing on one wood, this single malt is a blend of whiskys aged on two different woods: American oak bourbon barrels for a toasty edge and French oak port barrels for a sweeter port finish.

This whisky is offered to the consumers in three varieties to suit the individual pallet and taste i.e. Purity- brewed and distilled using only Tasmanian barley and soft pure water, Quality- a hand crafted whisky with unique Australian characteristics, no colours or flavours are used and Individuality- each bottle of whisky is drawn from a single or a limited number of casks in the case of the double cask.

As each cask offers a unique flavour and colour characteristic you can expect to find variances from one bottling to the next.

As chill or plate filtering is not a part of our process you may find sediment or suspended cloud-like translucent tufts in the whisky. This is known as flocking and is a normal, natural flavour and colour component of the whisky.

The presence of flocking is an indication you have a genuine, full flavoured and naturally produced single malt whisky of the highest quality, which needless to say Sullivan’s Cove surely is.

There is really a lot to like about this whisky. To start with, it has the most gorgeous deep mahogany colouring that artificially (E150) coloured whiskies could only dream of. It’s non-chill filtered and bottled at a tasty 47%.

When swirled in the snifter, it almost sticks to the glass like a thick syrup – really tantalising your senses with its promise of a full-flavoured experience. Putting the snifter to your nose, the aromas are quite full on. There’s a lot to take in, but it’s not overly complicated. Sweetness, definitely, but it’s not a tacky, artificial sweetness.

Following on from its rich, natural colouring, the notes on the nose are welcoming.

There is quite a lot of wood to start with, but it’s balanced well with a sweet, vanilla bean and sugar cane twist. There is also a creamy sort of caramel loitering around.

To mark the arrival of Valentine’s Day, Zippo – one of the most trusted and recognized brands in the world – has created a romance
read more

How To Choose The Right Tie – In Three Easy Steps

5 Reasons Why Every Man Should Have a Perfect Smile