Starting with the specifications, the Galaxy Tab 3 boasts of wi-fi and 3G connectivity, which has now become standard. We liked the punch of the 7-inch display that comes with a 1024×600 pixel resolution and is powered by a dual-core 1.2GHz CPU coupled with 1GB of RAM. The device has 8GB built-in storage, expandable up to 64GB via a microSD card. The rear of the tablet has a 3MP camera and the front has a 1.3MP camera for video chatting, which we think might disappoint a few faces in the market. The device is 9.9mm in thickness and weighs a mere 304 grams, thus, making it easy to carry in hands–if not to fit in the pockets.

Design
Like it or not, the Galaxy Tab 3 211 has the same look and feel as its predecessor, the Tab 2. But for those want to figure out some differences, the biggest of them is that it’s thinner, measuring 9.9 mm in thickness. The tablet is relatively slim for its price point, but will not win the title for the slimmest tablet in the market (we zeroed it on Sony Xperia Tablet Z after some research). 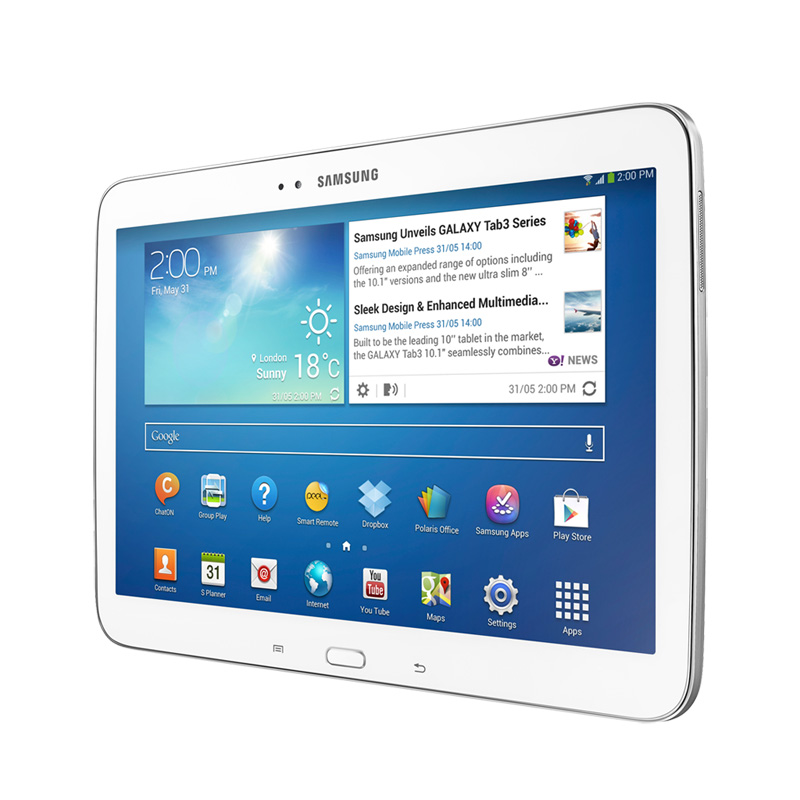 On the face of the device you have the standard Samsung design–front facing camera and earpiece above the display and the home physical button along with the capacitive ‘menu’ and ‘back’ buttons on either side.

The ports and connectivity options are standard too. You have the microSD card slot and the SIM card slot on the left of the device secured under flaps. The right houses the power button along with the volume rocker and the top has the headphones jack. The bottom has the microUSB port for charging and data transfer. On either side of the microUSB port you have the speakers. The rear of the tablet houses the camera and there is no flash, which proves to be a dampner.

Interface
Standard TouchWiz UI overlays the Android OS on the Galaxy Tab 3. The tablet comes preloaded with a bunch of apps, although the suite isn’t as large as what we have seen in other Samsung devices.

You get access to five apps from the lock screen–phone, messaging, browser, camera and Google Now. The tablet compromises on features such as Multi-Window apps, which are missed, and Smart Stay. You can, however, watch videos in a smaller window while running other apps on the tablet, thus giving you the option of doing more than one task at a time.

Our take
The upgrade from Tab 2 to Tab 3 isn’t spectacular, but not boring either. However, if you are looking for a device that can do a little more than what this one does at the given price; we do recommend that you look at other options too. Let’s say a Nexus 7?

She is tall, tanned and a personality that can easily tame anybody. Take a closer look at her and that would make you swear upon
read more

MS Dhoni The Best Ever Captain In Cricket?

4 Things You Should Never Do On Chest Day