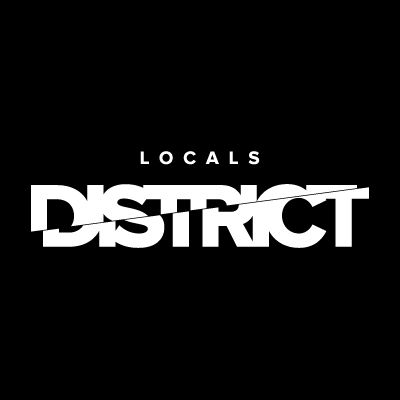 No, I am not going to tell you that. Because I am sure, you have heard that term over the years with no real meat behind it. So let’s not even go to that crap!

What I can tell you though, and with 100 per cent conviction I must add, is that- music will not remain the same in India- soon enough!

The landscape of Indian music industry, especially- actually–specifically Techno– is set to change 360 degrees thanks to two brilliant brains aka Vijay Kumar and Raman Bhandari.

Realizing the gap between the artists and music lovers, Vijay and Raman came up with an idea of forming a community that not only loved Techno but appreciated the efforts of the people who worked behind the scene to bring the best of it to them.

And that is when LOCALS came into existence. 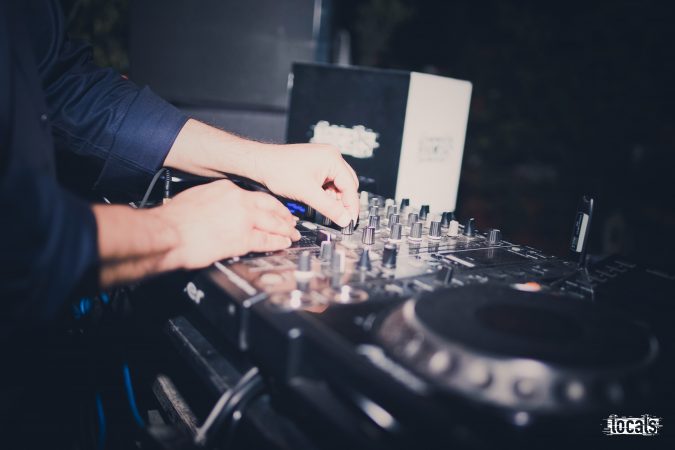 And those people are ‘the music lovers’- aka LOCALS!

Acknowledging the fact that music lovers had no choice, but to go to all the fancy clubs and pay an exorbitant amount of money to listen to their favourite artists. And acknowledging the fact that artists, instead of concentrating on their music bit, are often asked to gather a crowd and push sales in order to get a gig, Vijay and Raman decided to stand for the change.

“A bunch of us used to party together, go out and listen to music and have a great time. But, we always ended-up spending a hell lot of money, that too getting stuck with the wrong kind of people or with arrogant venue staff/owners” shared Vijay. 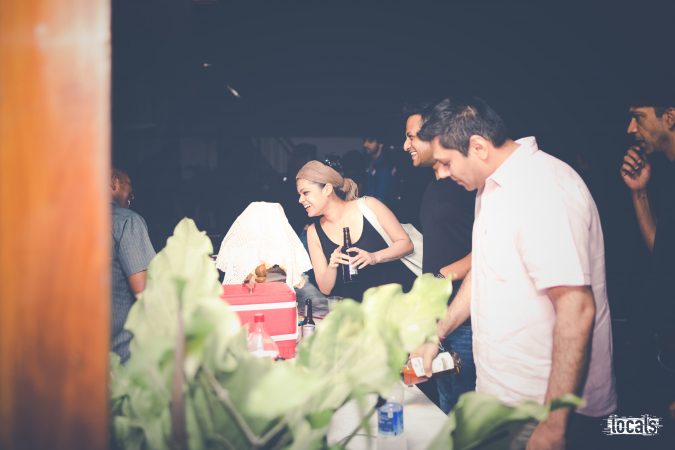 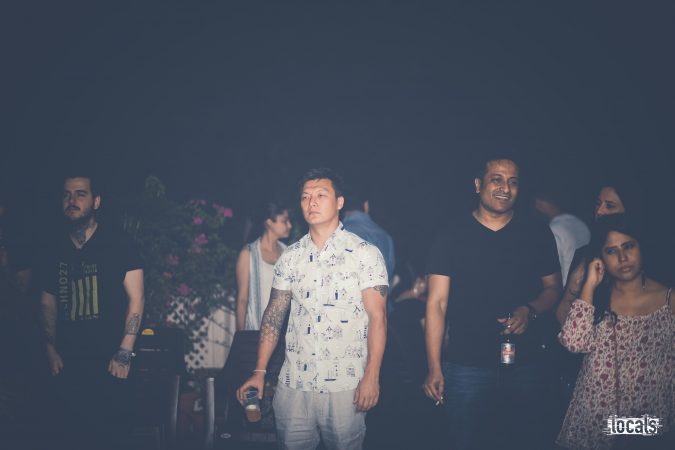 “The whole experience was such a pain, that we decided to party on our own. And while we were doing that, we realized- what about the others who face these same issues?  Why not invite other people who love music and love to play music? And that’s how it slowly grew organically over the past few months, as more and more people and artists started to come onboard with the initiative. Of course, the whole growth is highly filtered and monitored because it’s always a house party or a private space that we have our gatherings at, and for that reason, we need to make sure that there are no nuisances” he further added. 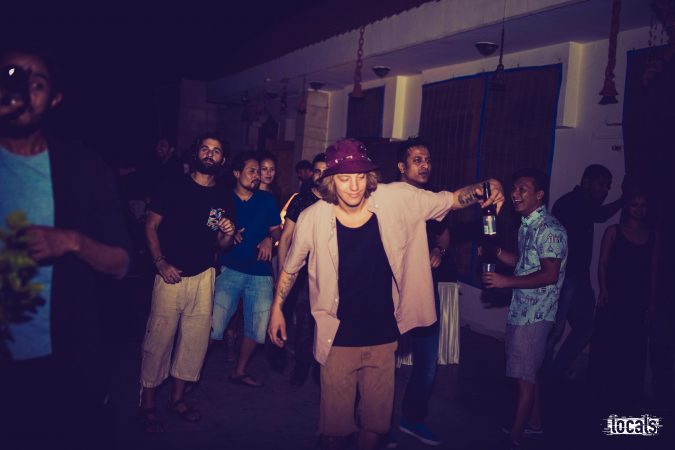 What sets LOCALS apart from other initiatives, is that there are rules, but there are no rules.

Yes you can enter as a stag, yes, you can wear whatever you want to, yes, you can carry your own booze to the part, and no you do not pay any entry/cover changes. It is all absolutely free. The only thing you are expected is not to be a jerk and create any ruckus. 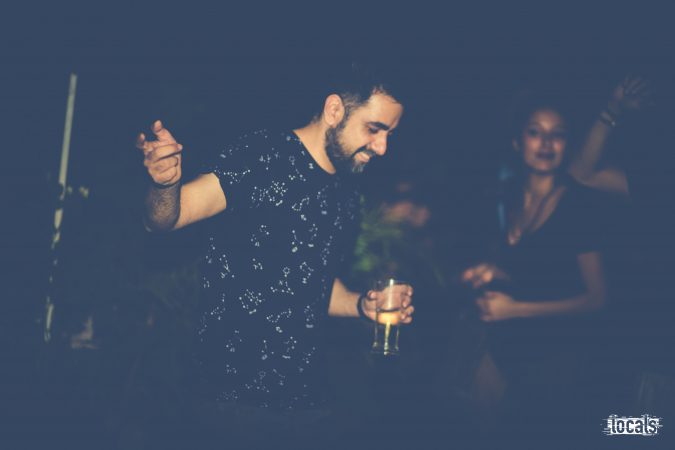 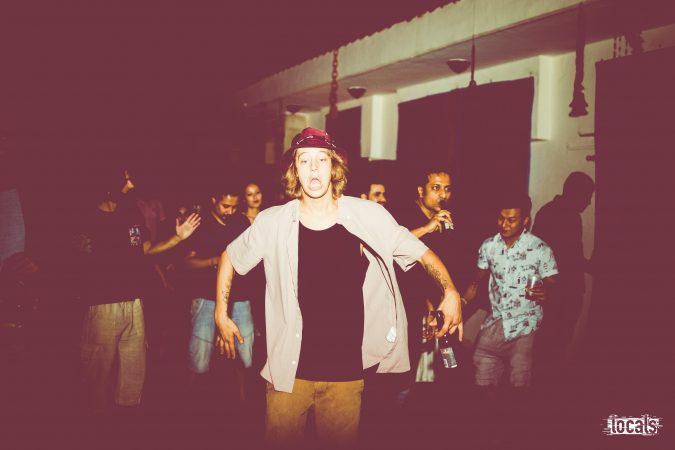 “The current legalities in the country, the current scenario is not up for the art or music. Timelines are so short, things are so expensive, and taxes are so high it’s just crazy.

And for venue owners and promoters, it’s just about business and never about the music or art. But at LOCALS, anybody who loves art and music can just walk in and listen to his favourite artist(s). And for artist(s), they can play whatever they want to play from their heart and soul” said Raman.

So, what does LOCALS want to achieve?

– Create a vibe, which would match international standards globally and bring the correct music to the right target audience. And now it has been a year and we are taking it to a festival event.

– From being Delhi originated idea it’s now actually Pan India because we are getting artists across India.

– Primarily artist management, especially newer talent, so that we can work with the right artists and promote them in the right manner, all over the country.

What role do the artists play in the whole scheme?
According to Vijay “they play a major role because artists usually give time to the system, to the society and they also need to make money in life. But a lot of time artists end-up playing for free or for a very nominal amount, which is not right. Irrespective of their skill-set they do it because they need the cash flow to be active and meet their expenses. We want to change that. We want them to get their due and have a better platform to showcase their talent. Their participation with us is so very important for the whole initiative to succeed.” 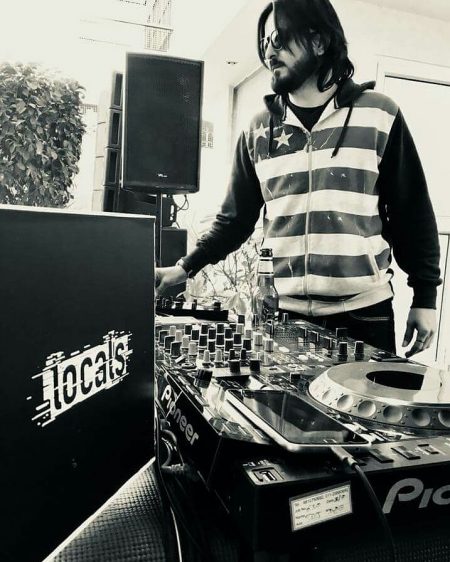 DISTRICT is India’s first none of its kind Techno music festival, which marks the first anniversary of the LOCALS. This festival shall witness unmatched sound, in control of some of the biggest artists in Techno music today. Needless to say, every individual is invited here to immerse in a committed techno experience.

DISTRICT is set to take place in Rajasthan’s Castle Kalwar, Jaipur region from 2nd – 4th March 2018. If you do get there, and I hope you do, get ready to witness a lineup of over 40 artists performing at 4 different stages, bringing together talent across the wide spectrum of Techno.

With pioneers like Kohra, BLOT, Jitter, Adam Rehman, Ash Roy and Sequel, you will willingly let your senses lose to the beat and find yourself somewhere within. Treat those eyes to larger than life artistry with stellar medium(s) of lights & visuals, live programming, and projection mapping.

For more details, check out:

Athiya Shetty, is in Delhi for Amazon India Fashion Week in the capital and decided to take some time off to take in Delhi’s famous
read more

How emotionally drenched is your girlfriend with her past?