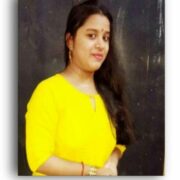 Where to Find Escorts in San Jose

Lingaraj temple is one of the oldest, largest Hindu temples in Bhubaneswar(Old town, Bhubaneswar), the capital of Odisha. It is the famous landmark of the capital city and one of the major tourist attractions.

This temple is dedicated to Lord Shiva.

Now let us see some fascinating facts about the temple.

Contradictions about who exactly built the temple

The Lingaraj temple was built by King Jajati Keshari in the 10th century and completed by King Lalatendu Keshari in the 11th century of the Somavamsi dynasty with later additions from the Ganga dynasty rulers.

Some of the scripts also mention that a grant was offered to the people of the village after the completion of the temple. So there are contradictory texts about who exactly built the temple.

Originally Lord Shiva was worshipped as Kirtivasa, after that as Harihara by the Ganga dynasty people as by the completion of the temple, the Jagannath(form of Vishnu) sect had been growing in the region and the kings of the Ganga dynasty were ardent followers of Vaishnavism who had built the Puri Jagannath Temple in the 12th century.

Lord Shiva is also known as “Bhubaneswar” or “Tribhuvaneshwara” which means Mater of the three worlds, Heaven, Earth, and Netherworld. Devi Bhubaneswari is his consort.

Bhubaneswar is also known as Ekamra Kshetra as the lingam which is present in the temple was originally under a mango tree(Ekamra).

According to the Ekamra Purana, the presiding deity was not seen as lingam during the Satyayuga and Tretayuga, only in Dwaparyuga and Kaliyuga, it emerged as a lingam. The lingam in the temple is a natural, unshaped stone that is 8ft in diameter. Such a lingam is called “Krutibasa” or “Swayambhu” and it is found in 64 places in different parts of India.

The Lingaraj Temple is built in the Kalinga-style pattern by the Somavamsi and Ganga dynasty rulers.

The temple has a square plan section. James Fergusson(1808-1886) a noted critic and historian classified the temple to be “One of the finest examples of purely Hindu temple in India”. The temple has a spacious compound wall made up of laterite stones measuring 520ft(160m) by 465ft(142m).

The temple faces East and is built using sandstone and laterite stones. The doors of the main entrance of the temple are made up of sandalwood. There are about 150 other smaller shrines in the spacious courtyard of the temple.

The height of the tower is 55m(180ft) and each inch of it is sculpted.

It is believed that the Bindusagar Tank which is located to the north of the Lingaraj Temple Complex contains drops of water from all the major rivers of India and this fact makes it unique. It is also known as an ocean drop tank.

The tank has embankments on all four sides and the rituals carried out in the Lingaraj Temple are closely associated with the Bindusagar Tank.

According to locals, it is believed that Lord Shiva created the lake by bringing water from all the holy places to quench the thirst of Goddess Parvati.

The water is blessed by Lord Shiva and is believed that can cure all types of physical and spiritual illnesses. The water is also used and distributed among devotees and monks in the temple.

Mahashivaratri is the main festival of the temple which is celebrated annually in the month of Phalguna when thousands of devotees visit the temple. Bel leaves are offered to Lingaraj on this auspicious day.

The main celebration begins at night when devotees pray all night and break their fast after the Mahadipa(a huge lamp) is lit on the spire of the temple.

As every year, the heat and humidity level rises and becomes intolerant for living creatures, even the Gods look for relief. Hence the Chandan Yatra or Sandalwood Ceremony which is a 22-day festival is celebrated where the Gods enjoy a boat ride or “Chapa Khela” in the evenings on the cool water of Bindusagar in Old Town.

This festival begins on Akshay Tritiya and lasts for the next three weeks. Goddess Parvati, Goddess Rukmani, and Lord Vasudev accompany Lord Lingaraj on the boat ride.

Another chariot festival also known as Rukuna Rath Yatra is celebrated every year on Ashokashtami.

The deity is taken in a chariot to Rameshwar Deula Temple which is a very old temple also called Mausi Maa Temple of Lord Lingaraj and is 2km from Lingaraj Temple.

Thousands of devotees follow and pull the brightly decorated chariots containing the idols of Lord Lingaraj, Gopaluni, and Lord Vasudev.

The temple is in the hands of the Temple Trust Board and the Archaeological Survey of India(ASI). Security personnel and security guards are deputed by the Police Commissioner of Bhubaneswar and the Temple Administration to guard the temple.

So if you are a devotee of Lord Shiva or have an interest in art and culture or love traveling then a visit to Lingaraj Temple is a must.

Tech Trends in Education for 2023