Akshay Kumar, one of the most versatile actors in B-town, speaks on the occasion of &pictures premiere of ‘Singh is Bliing’ on Saturday, 7th May at 8 PM only on &pictures.

The actor speaks about ruling the television space, working with co-stars and shooting experiences amongst other things.

Q. You are one of the most versatile actors of recent times. What are your strength?
A. When I came into this industry, I didn’t have much of a choice. All I was ever really good at was stunts and since I had to make my mark, that was what I focused on the most. And now, I just love entertaining people. I don’t take things for granted. There was a time when I delivered 14 flops in a row. I was down in the dumps, and suddenly the 15th film worked and then there were 16 films which were box office hits. What I have understood with these many years in the industry is that an actor is a star only because of his fans and should do anything in his/her power to entertain viewers. Work hard, be punctual, eat right and do not cheat.

Q. You have worked with many actors who haven’t established themselves in Bollywood yet? Do you feel you are solely responsible for the success of the movie?
A. It is never a one man show and it’s all about teamwork. Singh is Bliing wouldn’t have happened without my producer, Amy, Prabhudeva and his touches and the colorful songs. It’s basically teamwork and so it’s not only on my shoulder that can make it happen.

Q. Apart from action, you are also known for your dancing. How was it working with Prabhudeva?
A. Every choreographer brings his own flavor. Prabhudeva is all about complicated small moments. And dancing is very tough for me. In fact, the toughest part of dancing for me is the twists and turns, breakdance, the moonwalks which makes you a good dancer. But it doesn’t come naturally to me. I prefer the manly kind of dance with aerobics mixed. 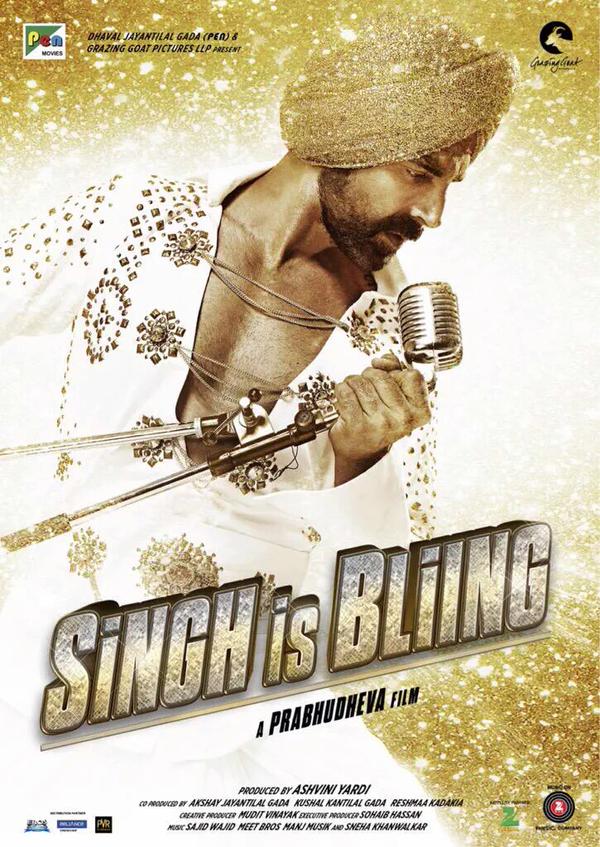 Q. Do turbans add grace and charisma to an attire? How does it feel to wear stylish turbans in films?
A. One must remember, a turban is sported out of a sense of holy dedication. And to be honest, from the deepest depth of my soul, I absolutely adore wearing a turban. I feel 10 feet tall, I feel I have found a meaning, I feel unbreakable when I wear one. It is the most important piece of cloth I’ve ever worn, and I appreciate and remember every single sardar that has ever tied one on my head.

Q. Also does comedy come easy to you? In ‘Singh is Bliing’ there is a language barrier between you and Amy which leads to hilarious events. What is your take on comedy?
A. I love comedy. It is a difficult genre to do but I try my best. In ‘Singh is Bliing’, the entire story is how Amy does not know how to speak Hindi and I don’t know how to speak English. Still, we fall in love but there is a huge communication gap. This plot gave us a chance to explore many hilarious scenes that are a part of the film. Amy, Lara and I had to be in perfect sync to deliver a comedy that hits the funny bone.

~Catch ‘Singh is Bliing’ on Saturday, 7th May at 8 PM only on &pictures~

PONDICHERRY FROM EYE OF ART

How To Identify A Fake iPhone

The world is changing! There is innovation in copying innovation too. The best example for that could be the black market economy that is so
read more

Hot Indian Model – From The Land Of Beaches – Julia Datt

I am a greedy person : Palash Sen